Dracula and Soliloquy dance shows will go on stage at the National Opera in Bucharest on September 16 and September 19, from 19:00, during this year’s JTI Encounters event. 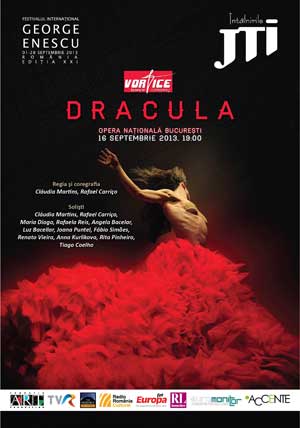 The Portuguese Vortice Dance Company was created in 2011 by the directors and choreographers Cláudia Martins and Rafael Carriço.

Over the years, Vortice Dance Company has become one of the most prestigious Portuguese dance companies. Their work has been recognized by the public and critics from several countries, such as Japan, France, Spain, Italy, Finland, Denmark and Brazil.

Some of the awards received by the Portuguese dance company are: the Audience Award received at the fourth Japan International Ballet & Modern Dance Competition, the Grand Prix of Choreography awarded in 2001 at the Ballet and Choreography Competition in Helsinki, and the Recognition Award received at the 13th International Baltic Ballet Festival at the Opera of Riga, Latvia, in 2008.

For the Dracula show, the two choreographers have used several sources of inspiration, from the book written by Bram Stoker, to the legends and myths from different cultures, while Soliloquy about wonderland interprets daily situations to which people react in an intuitive way. More about the dance company and their shows on the official website here. 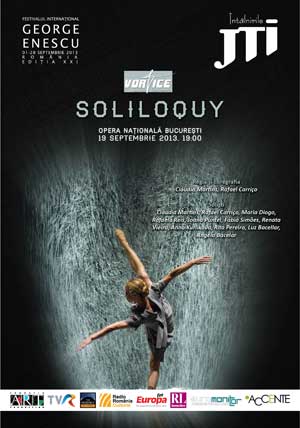